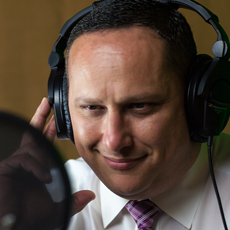 Services Offered by Voice Over Agencies

Spanish is among the six official languages recognized by the United Nations, and a native language of a large proportion of the world’s population. Many Spanish speaking people are bilingual as well but that doesn’t affect the quality or accent of their Spanish language. Owing to this reason, many people consider to hire bilingual Spanish voice-over artists because it is easier to communicate ideas and requirements. Spanish is the official language of many countries spanning the continents of North and South America as well as Spain in Europe. Because of cultural, geographical and physical differences, the language has evolved differently in each country. All of these countries have different variations and accents of Spanish, which can be divided into four distinct dialects on ground level:

A huge population of Spanish voice-over actors ends up working for the entertainment industry, because it is experiencing the big ‘boom’ and expanding with great zeal and fervor. Apart from it, advertisements and commercials are also contributing to the voice-over industry, and in view of the growing requirements of this industry, the voice-over agencies have experienced development as well. Their services range from broadcasting to advertisements, some of which are described below:

Many Spanish speaking sports fans are living their dream by developing their career as Spanish-speaking broadcasters. If you have an education in broadcast communications or journalism, you might well be standing in the spotlight for potential broadcasting opportunities because it gives you an edge over other candidates. Online radio broadcasting is another growing aspect of this industry which requires voice-over artists.

The advertisement and commercial industry is ripe with opportunities for Spanish voice-over actors, and such commercials are high in demand on Spanish TV channels. Other platforms for voice-over services in advertising include radio commercials, sweepers, liners, bumpers and intros.

Voice acting is one of the many sought after jobs, and it requires voice skills, education and acting talent to land with one. Voice-over agencies recruit voice-over artists from a pool of candidates by selecting the best skilled actors to suit their different needs. It includes playing the voice of a character in a cartoon or animated film, which requires skill as well as expertise on part of the voice-over services.

Narrations are an important part of movies, T.V shows, documentaries and short films. Narrators are used by Spanish novellas to move forward the storyline. Sometimes the entire success or failure of a TV show or documentary rests on the narrator’s shoulders.

It is a phase of post-production where the dialogues in a medium are replaced by those in another language. Owing to the needs of Spanish population, dubbing services are offered for movies, training videos, tutorials and documentaries.

The trend of audio books is on the rise and native Spanish speakers are always on the lookout for Spanish audio books. It is a great chance for voice-over actors to showcase their Spanish audio-book talent.

BACK TO ALL NEWS

Enter your email and we'll send you a coupon
with 10% off your next order.

Your email was added successfully!

Something went wrong, try refreshing and submitting the form again.